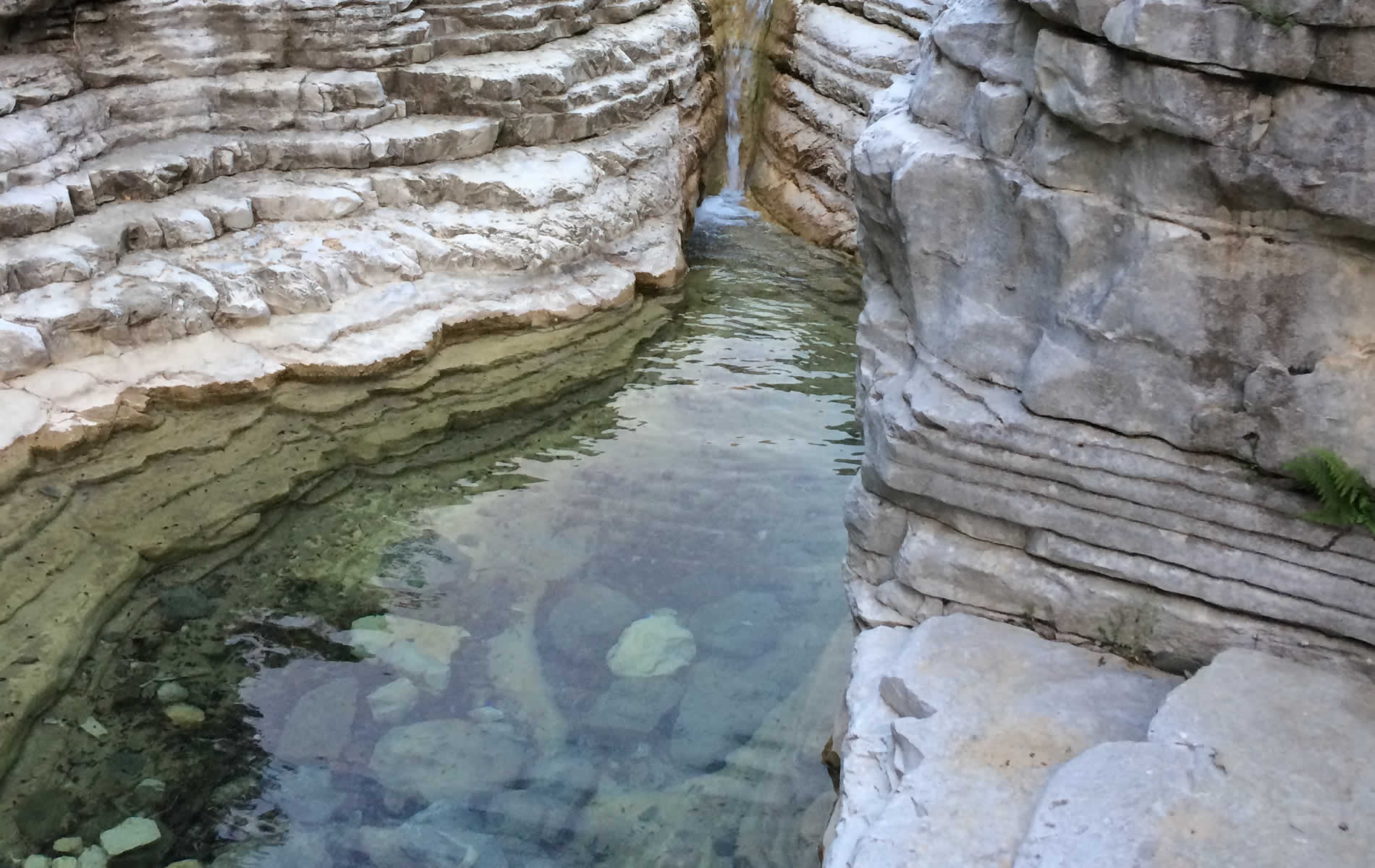 Thanks to its wild and unspoiled nature and its distinctive, traditional architecture, Zagori is one of the most strictly protected areas in Greece. It falls under the Greek law for the conservation of the environment, as well as the UNESCO and NATURA 2000 regulations. The region’s settlements are also strictly supervised by the Architectural and Archaeological authorities due to their cultural value.

Vikos Gorge with a length of about 15 km,  is listed as the deepest gorge in the world. You may walk through it (12km / 6 hrs) or choose the one of the four view points (Beloi, Aghia Paraskevi, Oxia,Vikos) and enjoy the view.

The river rises in Vikos gorge and follows an impressive waterway wreathed with age-long plane trees that border its bed and traditional stone bridges over the waters. Its length is about 10km and it is considered to be one of the cleanest rivers in Europe. You may hike part of it (5km approx) starting from Papigo bridge.

These are situated halfway between the villages of Megalo and Mikro Papigo at an altitude of 980m. It’s a cluster of small pools, formed on the large rocks of the riverbed of Rogovos, a stream that descends from the westernmost peak of Tymphi crossing the two villages. Over the years the stream’s corrosive powers sculpted the rocky riverbed, creating small cavities that collect the water. The pools are spread over approx. 200m, one after the other, interspersed with small waterfalls; the combination of the water and the stream’s dense greenery make for a uniquely beautiful landscape enjoyed by large numbers of visitors throughout the year.

It is quite an impressive stone stairway not only because of the breathtaking view it offers but also for the great condition it has been conserved in. The stairs of Vradeto were the only way to get from Vradeto, which is located at the highest point in Zagoria, to Kapesovo, up until 1974. Follow the stairway and admire the magnificent artistry with which the stones have been put together, creating three different lanes, as well as the virgin natural landscape. The path towards Vradeto starts just outside Kapesovo and goes down to Mezaria. From there begin the stone stairs and after 1200 meters they lead to the entrance of the village at an altitude of 1,340 meters. The route is fairly easy as the stairs were built pedestrians and the walk lasts a little over an hour.

It is located on a 2,050 m. elevation on Tymfi massif, between Aoos River and its tributary Voidomatis. Its shape is elliptic, with a perimeter of approximately 500 m. and it lies next to the precipice facing Aoos River. The surrounding landscape is barren and very impressive in its rare beauty offering a panoramic view of the mountain peaks. In order to visit the lake you need to hike 17km round trip.

Most of the stone-arched bridges in Greece are found in Epirus, in the Zagori area. The main reason is the landscape (mountains-gorges-rivers) and the climate (rainfalls).The stone bridges of Zagori are one of the most typical elements of traditional  local architecture. They were built during the Ottoman occupation (1453-1912). The most important bridges visitors should see are Kokkoros bridge, Plakidas bridge,  Mylos bridge and Misios bridge.

There are 46 stone-built villages in Zagori.  The Greek Ministry of Culture has officially proposed they should be added to the UNESCO World Heritage list as a Greek “cultural landscape”. Most of the buildings we see today were built in the 19th century. The best- preserved villages are Dilofo, Kapesovo, Koukouli, Megalo and Mikro Papigo, Kipi, Vitsa, Vradeto, Monodendri, Elafotopos, Dikorfo and many more.

The Astraka Refuge is located at an altitude of 1950m in Radovoli place, specifically in the neck formed between the peaks of Astraka and Lapatos. The refuge was constructed in 1966 on the initiative of the Alpine Club of Ioannina and Mountaineering Group of Papigo. In 2004 it was renovated and expanded to its current form. The shelter can accommodate 51 people in total during the summer months in rooms with bunk beds. The shelter provides beds, pillows and blankets. Guests must have with them a pair of sheets or a liner or lightweight sleeping bag and a pillowcase. The refuge is open daily from May to October.